The Auckland Model A Ford Club, as it was initially called, was formed on August 28th 1972 at a meeting in the Vintage Car Clubrooms, Auckland, New Zealand.

Initially there were 14 members and 20 Model A’s lead by Club Captain Alan Minson (Life member – click on Life Members 2019 to see all), following his move to Auckland from Christchurch where there was already a thriving Model A Club.

The first Club Newsletter is attached here as a pdf, Vol.1 No.1 September 1972 click here (pdf – will open in a new window)

Subs were a basic $3.50 with the joining fee an additional $1.50 and so a monthly newsletter began.

In the early years club nights were held at various places including members homes, but the predominant venue was known as “The Shed” at 29 Belfast Road Hillsborough, (which housed 3 Model As and Various other Vintage Vehicles) where many a “Noggin and Natter” were held.

The first Club Run (December 10th 1972) was from John Andrew Ford in Royal Oak to the Christmas BBQ at Rene Dunns holiday bach at Mairangi Bay (no bachs there now!).

An association with Vintage Car friends led to the Club moving to a more permanent base at the Museum of Transport and Technology (MOTAT). Monthly meetings were initially held in the Old School Room until the new purpose built MOTAT HQ and meeting room (Theatre) was built in the 80’s.

The evolution of the Auckland and then the North Island Model A Ford Club Logos through the years….. 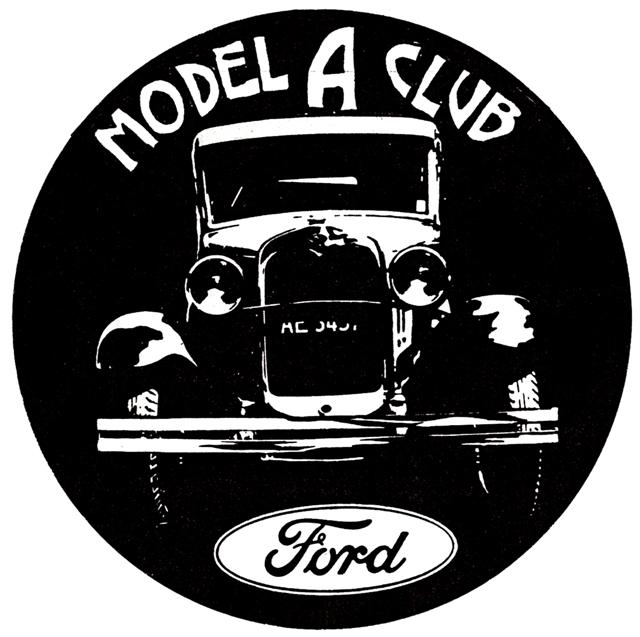 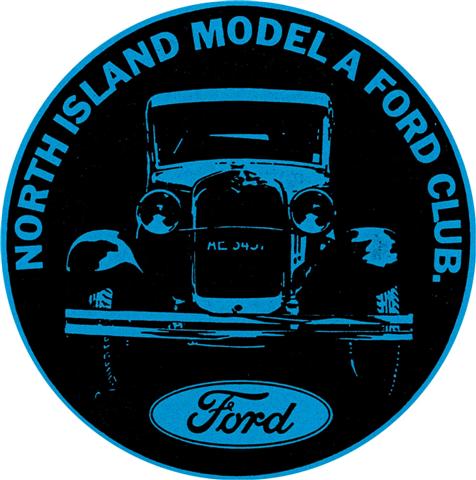 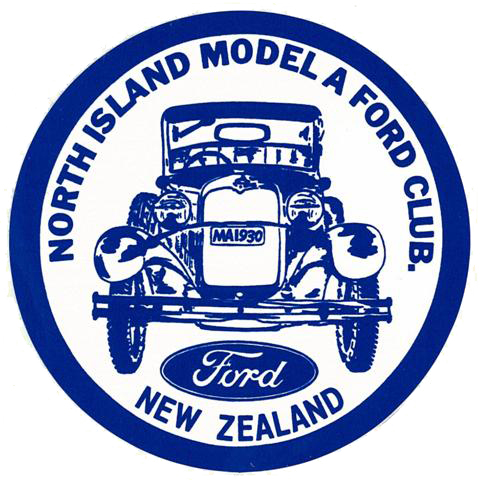 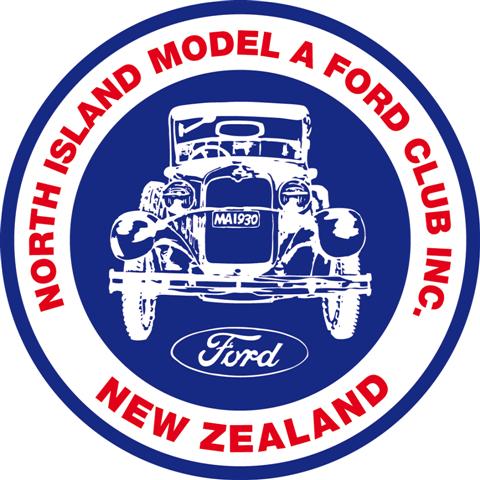 Significant Days In Our History 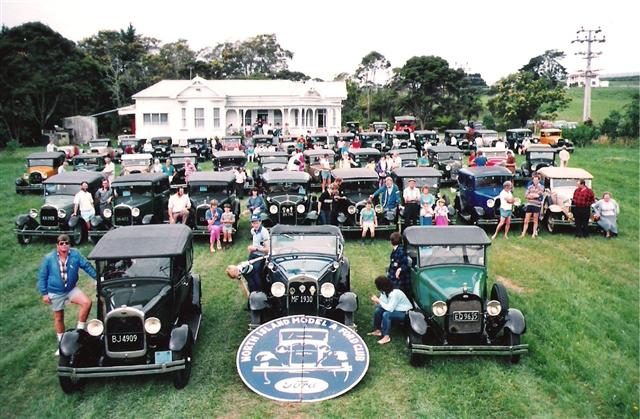 In 1978 a display was put on at Motat for the 50th anniversary of the Model A, following a parade up Aucklands Queen Street, and from John W Andrew Ford to Motat. Approximately 40 cars took part. In 1988 to celebrate 60 years of Model A’s, 47 Model A’s of all shapes and sizes gathered at the North Shore Vintage Car Clubrooms (Oteha Valley Rd) for a special lunch and a group photo. In 1993 the Club formed a sub-committee to undertake the running of the 3rd National Model A Ford Rally. It took place at the Te Rapa racecourse in Hamilton and attracted 219 entries with around 200 Model A’s taking part over the Easter Weekend.

Also in 1993 the Club held it 21st birthday with a dinner in Mt Roskill (birthplace of the Club) and had a run on the Sunday beginning from the top or Mt Roskill.

Then in 1997 a 25th birthday event was run from the Ellerslie Convention Centre, again a dinner and a run out west to finish at the Taupaki School.

2009 and it was again the Clubs rotational turn to host a National Meet, this time the venue was Taupo and again held over the Easter long weekend. Around 100 Model A’s took part.